October 4, 2017 ~ rebirthofcoolmodshopdublin ~ Leave a comment
You’ve probably seen the cool artwork being shared on Facebook and the many stickers around Dublin’s fair city and wondered what is Fuzzed Up?! Andy has an amazing, eclectic taste in music and has decided to share it with us all (with a little help from his friends). His new venture Good Vibrations is a collaboration of some of the best DJs in Dublin and is heaven for all us 60s nuts…
Name
Andy Marke 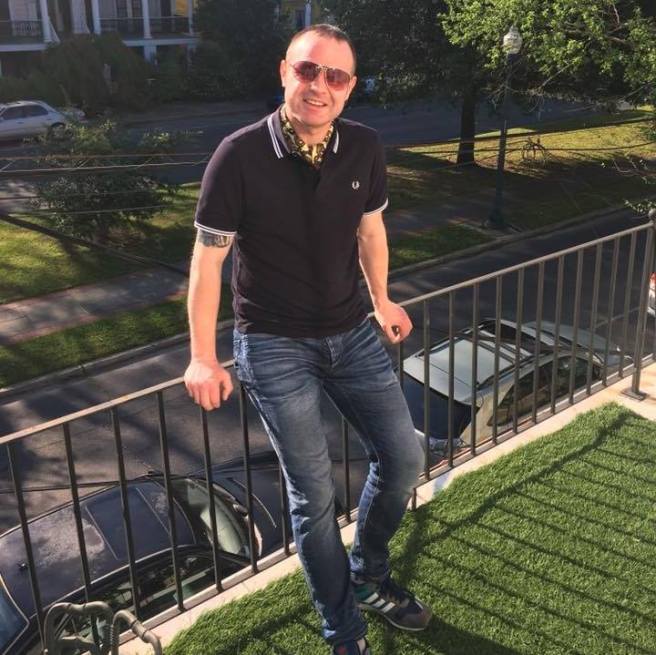 So you’re the guy behind Fuzzed Up in Swords, can you tell us a bit about it?
I always felt that Swords was lacking alternative night life. As someone who lives for music it seemed to me there was nowhere in the town to go and find out about new bands and new styles of music. With the help of a few good friends I put a set of decks in a local bar one night and just got all my friends to come down and play the music we wanted to hear that no other bar in Swords would play. It was a pretty good night so we did it again and again and more people got involved and it’s grown into something that people recognize as a good night out now! (please god!) We have had some established Dublin DJs in to play and some people who have never had a chance to DJ before which is a good mix. Quite a few people have told me that they have discovered a lot of great music from it and that they often spend time putting together little playlists that they think would work well on a night which is something I’m quite proud of! 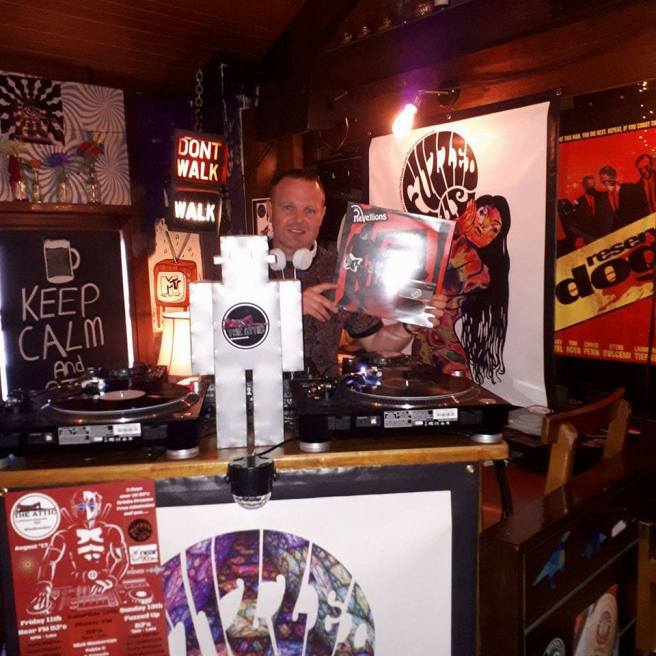 What’s Good Vibrations all about and how did the first night go?
Good Vibrations is really just a celebration of the 60’s!! I get a little obsessive about things and 60’s culture is definitely one of them!! There is a lot of Mod and Soul nights happening in Dublin right now, it’s an amazing time for those scenes. I guess I wanted to do an anything goes 60’s night. I went to some seasoned DJs / Promoters for a few tips. John Dunne (What? Is Northern Soul), Stephen Donnelly & Liam Pepper (All Or Nothing show on Near FM) and Paul Davis (Bubbles Mod nights). Between us all we put on the Good Vibrations night, in The Lord Mayors pub in Swords, and it turned out to be a great night. I’m always nervous about things I do that people won’t turn up or won’t enjoy it but it felt like this was a really great night and all the feedback has been really positive!!
I love being part of the Facebook group where there’s a featured artist and we can all share songs from them. Is that the kind of music we can expect from the next one?
I’d love to take the credit for the Facebook page but that was John’s work!! He’s picking a different artist every day and people are posting their favourite tracks. The page is three weeks old and there is already over 350 members all posting!! It helps us through our days in work! I think it is a fair reflection of how the night will sound. John has a soul background but he has been quite varied with artists he’s picked daily. Everything from the Kinks and Stones to The Supremes and Dave Clarke 5. We even had Phil Spector day which was cool!!
What DJs have you got lined up?
DJs on the night are the myself, John, Paul, Liam, Stephen and Jennifer Healy who I have never had the good fortune to see before so I’m really looking forward to that. We are also really hoping to get Rebirth Of Cool’s Michelle Farley to spin a few tunes sometime in the near future
(Brownie points for mentioning me! – Michelle) 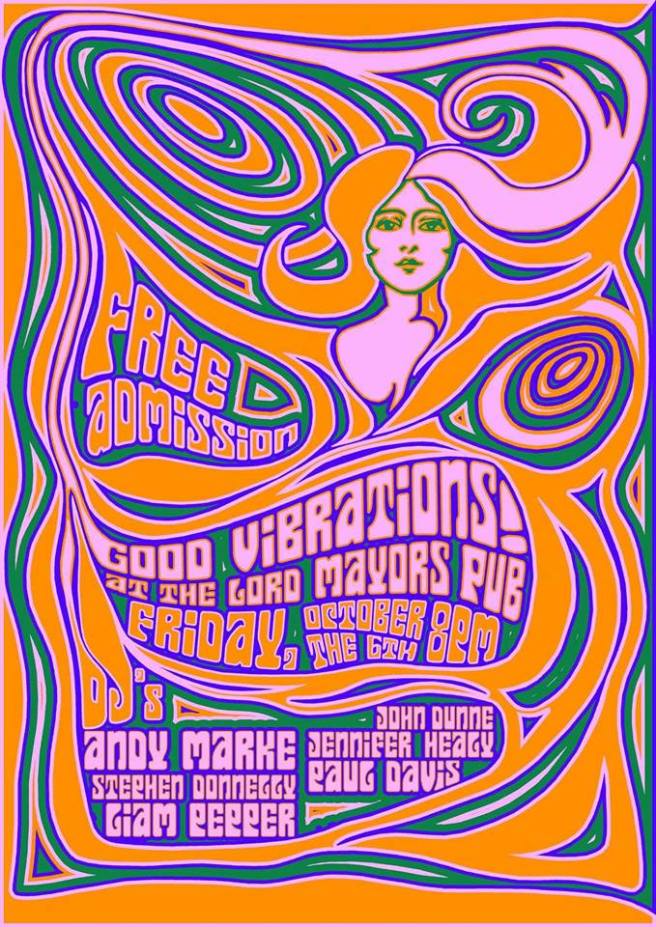 What three tunes will you defo be spinning?
I have been so busy since the last one and not had a chance to think about it but I think it’s safe to say I’ll probably play The Kinks – She’s Got Everything, Spencer Davis Group – Gimme Some Lovin’ and maybe the Castaways – Liar Liar (because I forgot to play it last time!)
What other nights do you enjoy going to in Dublin when you have a night off?
I just love going to see live music as much as I can and I feel blessed to live in Dublin at this point in time where there are gigs happening 7 nights a week and new venues opening up quite regularly too. I’m a big fan of the Retro Revival nights and I’ve seen some amazing bands play at this club over the years and I’ve been lucky enough to get to spin a few tunes on their decks too which is always a great buzz!! Psychotic Reaction is another great night to catch a live band and The New Love and Terror Cult is starting to grow into something to take note of. Jump into any venue in Dublin where a local band is on and good times are usually a guarantee!! 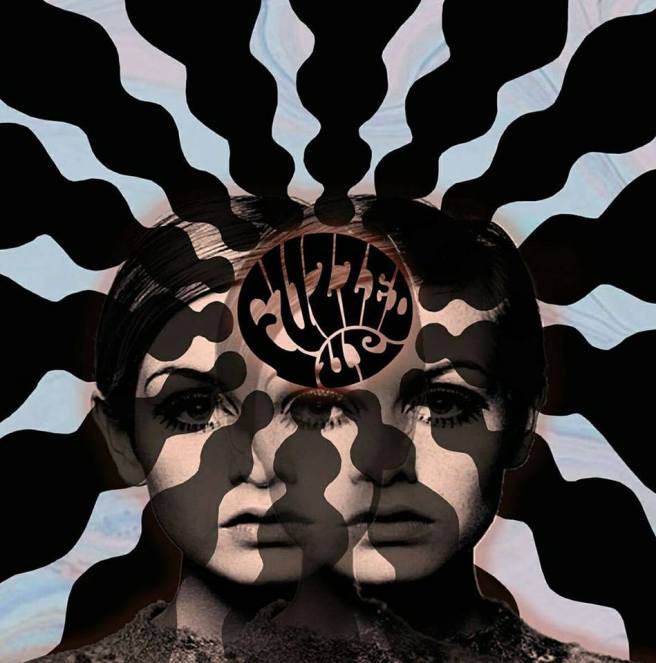 Check out Good Vibrations this Friday night!
Thanks Andy!

Rebirth of Cool is a concept founded out of personal experience and love of heritage brands and modern fashion designs with a retrospective influence of all things cool from the 60’s and early 70’s for both men and women.